My story in the music world

I was born in Denmark close to Copenhagen, in an artist family, with my mom “Jannie Høeg” being a famous singer and my dad “Tom Robbert” touring along as her sound engineer, while he was studying law. Our house was always full of artists, singers, friends and dancers, it was quite a party growing up in this family. I remember watching my cartoons on a black and white television while my mom was rehearsing her show in the living room with her dancers. It wasn't always easy being the child of a star, with all the bullying going on in school and my parents being on tour most of the time, but I had some really great Grandparents who made sure that I had everything I needed.

My entry into artist life started when I was 6 years old when I got my first acting role in a Danish film called « Andorra » produced by DR1 (the national danish TV channel), that quickly led to more castings, modeling and participation in different kids’ TV shows as figurent. Later my mom succeeded in getting me a casting for two  of the musical shows she was in  « Uden telt over hovedet » and « Samsø revyen » and we toured together like that for 2 years.  Shortly after we again got to work together on a Boat Cruise during 2 seasons « DFDS Cruises » 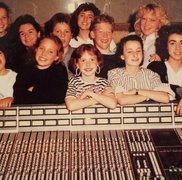 First Solo followed by a first recording at 12.

When I was 12 years old my dad got a Job in the European Commission in Brussels Belgium. We all moved there leaving my mom’s career behind. I started at the European school in Uccle thinking I was in for a normal life, but here my life rapidly took a new turn. After a few months in Belgium, I performed my first solo song for the school's annual show (400 people), and this is when I realised that singing was what I wanted to do! I still remember this, it was on the 4th of Decembre! Since that day everything went very fast, I got the lead singer role on the album « Growing up » produced     by Harlekim music Denmark. And we filmed my first 2 videoclips. Then I started taking different castings and got important roles in various musical and shows : The Happy Prince, Jazz Oratorium, Cabaret, West side story and Fiddler on the Roof

When I was 14 years old I got the singing part representing Denmark in a record and video project called « United feelings of Europe » Produced by Antenne2 – France and the Producer Jean Raymond Hugonet. During this project, Jean Raymond Hugonet and I decided to continue to work together, and this resulted in 16 recorded songs and 2 released singles « Une Histoire » and « Tout savoir » both produced and distributed by Polydor and Remark France. This was followed by a lot of great moments and concerts. 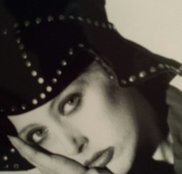 At 18 I started performing as a Dancer

Due to the fact that I had been taking dancing lessons since the age of 3 with « Britt Bendixen”, I jumped on the first occasion to dance on tours and festivals with various singers.  I got booked together with another great dancer “Dominique” and we toured with Radio Contact and Coca Cola for 2 seasons. This was different stages all around Belgium, France and Holland. Sometimes we danced for artists we didn't even know. What A great time we had. Around the same I was asked to record backing vocals for different singers : Anna Brancato, Giovanni Milani, Benedict, Raymond De Bond, Jannie Høeg, Alain Colard and Tony Kabeya. But we quickly agreed on the fact that my voice was way too present in order to do backing vocals. This was really a deception to me. 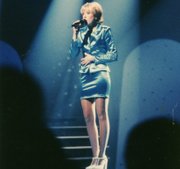 A bit later I tried my talent in a Danish TV show « Stjerneskud » where I had to sing and look like a famous artist. I chose « Cyndi Lauper ». That went quite well and I started looking for other TV shows. I did the casting and became finalist in the first season of « Pour la Gloire » for the national Belgian television (RTBF). This led to 2 participations in  «  La Chanson du Siecle » where I sang Milene Farmer and a duet with Benny B equally for the RTBF. In 1997 I was invited as guest singer together with Alain Colard in « Pour la gloire » and the same year I got selected to participate in the Belgian selection for the Eurovision Song Contest. While doing all these shows I gave birth to a beautiful baby boy called Mathew.

I met so many great people through the TV world, and this led to a great collaboration with Sam Touzani and Didier Bouillon. This collaboration resulted in 12 years of big events and shows. Sometimes we were up to 50 artists on stage. Our first Broadway show was called « One Night in New York » and it was played in « Salle de la Madeleine Brussels » and on the river side in « Antwerp ». With DBS we did some of the most amazing stages around Europe, Palais de Festival in Cannes, Palais de congres in Paris, Cirque Royal in Belgium... 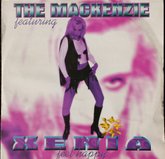 My Techno/Trance Career with Mackenzie

In parallel to DBS I meet « Mackenzie » and we started working together. I did my first 2 Techno/Trance Singles « You saved my life » and « Feel Happy » signed and distributed by BMG Ariola Belgium. This was also an amazing time, we toured for years in a Car having to sing in 3 or 4 discotheques the same night. We were a team Isa, Frank and me. At that time I called myself Xenia and also covered the shows for Jessy! This was my first time writing lyrics and melodies. 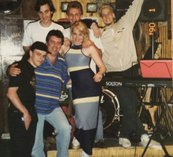 In 1993 I started singing in various bands, and we toured in Denmark, Belgium, France, Spain and Italy. Bands like : Form & Figur, Blue side, Yash band, Sinatra, Her modern soul band, Listen to the groove, You Funky mother 4ya, Cards on the table, 81 band, Bequest, Alexander orchestra, Draw, Oxana Prism and many more. In 1995 I created my first band with my dear friend and Bass Player « Marc Du Mortier, » we called it «Dida and the Jammes » due to the fact that we very quickly got so many gigs that we had to have a triple staff of musicians, in order to be able to do the gigs. Today the band still exists , and it’s still Mark and I running it. With “Dida and the Jammers” we do all kind of concerts, events and festivals. We also put up a « Tribute to Tina Turner » show which has become quite popular in Belgium and Germany !

In 1999 I was contacted by a French well-known producer « Eric Dhaynaut » and together we started preparing an album. We recorded a single called « Thats the price of love » and that gave me the amazing opportunity to showcase the song on the big Radio festivals (18 000 people) around in france, together with many famous artists.

A break from music

In the year 2000 I decided to see what else was going on in the world and I left Belgium for 10 years. In those years, I lived in France and Denmark, where I got my masters as a Marketing Economist and E-commerce specialist. We recorded a Duet With my mom “Jamais Pareil”, I married my music producer and editor : Eric Dhaynaut and became a mother for the second time with our beautiful son Benjamin. During those 10 years, I kept gigging and touring with DBS and with my band, but I was mainly concentrating on fixing my inner self and working on the idea of composing my own songs.

In 2007 we decided to move back to Belgium, where I love living and really feel that I fit in. Once I got a foot back in Belgium, everything started to run automatically, just as before. Concerts, Friends, Musicians, opportunities. The demand got bigger and bigger. Also smaller venues and events now wanted live music. We therefore worked on adapting our offer to the demand, which means that today, on top of my Cover band « Dida and the Jammers » I also have a Trio « Just the 3 of us » with whom we recorded an album « First season », a Jazz quartet/quintet « Jazz me » with whom we do lots of Jazz gigs and festivals. In 2013 we did the closure show of « Hui Jazz festival ». And for all the smaller venues I have an unplugged duo/trio.

Yes, we are getting there ! My songs, my lyrics ! It has taken me all this time to trust  myself and my words. But now I can proudly tell you that I have 9 songs ready, and more on the way. I know that I’m no longer 20 years old, but I keep hoping and believing that there might be a little space in this world for my songs to be heard ! At least I will be able to say « I did it » 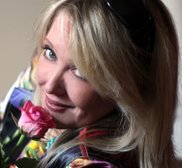 Just lately a friend asked me « Dida are you proud of your artistic career? » Waooo.....that was a deep question, and my answer is; I don't feel especially proud of myself, but I'm really very proud of the fact that so many great people, musicians, producers, sound engineers, Tv shows, music labels and tour managers, have trusted me with all their projects. And I'm equally so grateful to all the people who have trusted me with their Weddings, parties and company events. So yes, I'm really proud of your trust in me ! You have given me all your trust and confidence and lot me and my voice be part of your important life projects ! Thank you !

Webmaster: out of my Fridge.com